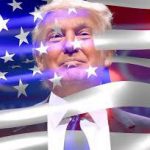 Libertarian communicator Ron Paul, at the start of a new interview at landry.audio, gave a mixed review of Donald Trump’s actions as president.

Paul begins his comments about how Trump has done as president by noting that Trump is “all over the place.” Paul continues, “the biggest frustration for many of us who believe in the purity of liberty and a limited government” arises from the fact that Trump “does not have a core set of principles that you can look at and know what he is going to do.”

Still, Paul says he has found some of Trump’s actions praiseworthy, including Trump’s statements “about 40 or 50 percent of the time” in favor of bringing United States troops home from overseas “and not confronting people and not dropping bombs,” his willingness to challenge political correctness, and his successful efforts to lower taxes and regulations.

Despite some good aspects, Paul says in the interview that Trump is largely part of the interventionist government system that Paul regularly voted against as a member of the US House of Representatives. “Trump blends right in to the system,” concludes Paul, elaborating that Trump is “for big government with some restraints,” supports “the Federal Reserve system that’s there to accommodate big businesses and big banks,” and “believes in printing money” and “running up the deficit.”

Paul, who has run for president himself and is well known for speaking out since the 1970s against Republican and Democratic presidents’ anti-liberty and pro-foreign-intervention policies, is able to offer in the interview some comparative praise in his overall assessment of Trump. “Overall,” says Paul, “I’ve seen a lot worse presidents.” Immediately following up on this comment, Paul notes that, “if we come from a libertarian viewpoint, there’s a lot more we’d like to see.”

I agree largely with Dr. Paul.  Trump does appear to be getting us out of foreign wars and bringing our troops home.  And, I really liked his attack on political correctness and his speaking his mind.

His position on big government is pretty nebulous in my opinion.  It’s great that he is slashing lots of nonsense regulations, but at the same time he’s pumping up government spending. I like that he got us out of the Trans Pacific Partnership and NAFTA, but he’s also pumping big bucks into the military.

He’s not necessarily a friend to sound money either as he’s perfectly happy borrowing and spending more through the Federal Reserve.  When it comes to his “draining the swamp”… well, I haven’t seen much of that.  In fact, he seems to only be replacing the previous swamp creatures with his own.

Like Bush who was handed 9/11, Trump was handed SARS-CoV-2.  In both cases they spent unheard of amounts of money in response and promoted some pretty unconstitutional laws to fight some unseen enemies.

Overall, you can’t deny he has not delivered on his campaign promises. This alone is something rare in politicians.